Satisfaction at its highest and lowest

Many employees feel very comfortable in their jobs. Others are not so happy. This has been revealed by the latest evaluation of the Austrian Work Climate Index.

In which occupational group are Austrians most satisfied? The highest index value and thus a top three ranking is achieved by back office clerical assistants (118), business managers (117), and bank clerks (116). At the other end of the spectrum there are building workers (94), professional drivers (97), and cleaning personnel (96) - they are least satisfied.

Characteristics of a good job

So what are the features of a good job? The values of the following sub-dimensions of the individual professions are good indicators.

Physical stress seems to account for the most significant differences: in the category "physical stress" building workers achieve a value of 58 points, professional drivers 39 points, and cleaning workers still 20 points. In the best professions this value is only 4 to 8 points. What is alarming: approximately half of the building workers feel rather or highly stressed because of bad health conditions as well as the danger of suffering an accident and injury!

Superiors, too, have their share in good jobs: 84 percent of the office employees, but only 59 percent of the building workers are satisfied with leadership. There is also a wide divergence in terms of subjective future prospects. Between two thirds and three quarters of the employees in the top three professions are satisfied with their career and development opportunities - compared to just a little more than one third of the employees in jobs featuring a low satisfaction level.

Climate adds to a good job

Even for management consultants the question if an employee can imagine starting all over in the same company is a good indicator for the work climate. More than 80 percent of the office employees, bank clerks, and business managers can very well imagine doing this. In the other group, however, the situation is dismal: 37 percent of the professional drivers, 48 percent of the cleaning workers, and even more than half of the building workers say: Same company? No, thanks!

The results of the Work Climate Index are also corroborated by the data provided by the Upper Austrian regional health insurer "Oberösterreichische Gebietskrankenkasse": temping is bad for people's health. The reason for this: almost one in ten cases of sickness benefit in Upper Austria (9.7 percent) is paid to the temp industry, although only 3.9 percent of the employees work in this line of business. Temporary workers more frequently suffer from sickening conditions of work. The reason, however, that there are more cases of sickness benefit than in any other line of business is a different one: employers frequently press employees to terminate the employment by mutual consent or on the employees’ own accord during their sick leave. Thus the temporary work agencies get around their obligation to continue payment in case of illness, shifting the costs to the general public. The number of sick days of temps is also alarming: last year, almost six percent of all sick leaves in Upper Austria were accounted for by temporary workers. Moreover, they have to be treated for mental illness clearly more often and/or for a longer time than permanent employees.

Lowest of the low

Despite fluctuations, the number of temps remains high. Image and job satisfaction, however, are alarming, which is also reflected in the Work Climate Index.

In 2012, there were 78,414 temporary workers in Austria, 3,631 more (+4.9 percent) than in 2011. Most of the staff provided in 2012 were employed in the two sectors trade - crafts - service (29,382) and industry (29,046). It is often emphasized that temping is a "stepping stone" to a permanent employment. At the same time there are concerns that temping might supersede permanent employment outside the temping sector.

Here's what the Work Climate Index has shown in this regard: for many employees temping is a "necessary evil" which involves a great deal of stress for the employees concerned.

Therefore, it's no surprise that temporary workers have a clearly lower value in the Work Climate Index than the average of the other employees. While the latter has been at 108 points for the years 2011 to 2013, temps only reach a value of 87 - which is a drastic 21 points less!

It's mainly the values of the two partial indices "society" and "expectations" that are more than 15 points below those of the rest of the employees. This means: temporary workers are clearly less

satisfied with their rights, their social situation, their promotion prospects, and their chances on the labour market.

Regarding the sub-dimensions of work satisfaction, the picture is even worse: in all respects temporary workers are either less satisfied, more pessimistic, or exposed to higher stress.

What is particularly critical is the attitude of temporary workers towards their economic and private future (career prospects), but also the enormously wearing physical stress. As a consequence, life satisfaction is declining. Currently, not even half of those concerned (48 percent) are satisfied with their lives!

Pressure of work is very high in this line of business

Appalling: in the field of temporary work the danger of having an accident is twice as high as in the rest of the working world - and the existing health conditions for employees are three times as bad.

33 percent of the temporary workers say that they are highly or rather stressed by a continuous pressure of work without the opportunity to take a break. Temporary workers are most affected by physical stress - 40 percent of them working in commerce and industry, that is in professions like factory worker or building worker.

More than one quarter of those concerned feel highly or rather exposed to the danger of suffering an accident or injury, which is more than twice the average of all employees. Nearly one third (32 percent) suffer from bad health conditions at the workplace. This is three times the average of all other employees.

Gloomy prospects of the future

This high physical stress leads to a very pessimistic assessment of the future: only one in ten considers it very probable that he/she will be able to carry out his/her present work till the age of 65.

Almost two thirds (62 percent), however, consider this improbable. By comparison: this share is clearly lower with all other employees, namely 45%.

It's not only the prospect of the "far future" which is often negative, but also the assessment of the short-term to medium-term professional outlook: not even every fifth temporary worker "definitely" wants to work in the same company again - whereas for all other employees this value is almost twice as high at an average. This pessimistic prevailing mood also includes possible job alternatives: only 27 percent think that they'll find a new job very easily or easily. After all, this share is 47 percent in case of all other employees.

And yet, a change would be welcome: 28 percent would like to change their companies, 18 percent their professions. By the way, not even one in two temporary workers considers his/her job as secure.

Economic and socio-political discussions are full of figures and data focusing on how the welfare state is downsized and distributive justice is diminished.

The Austrian Work Climate Index is a benchmark for economic and social change from the employees' point of view. It examines their assessment with respect to society, company, work and expectations. Other than the usual key figures regarding economic development, the Work Climate Index captures the subjective dimension, expanding the knowledge of economic developments and their implications for society.

For current results and background information please refer to www.arbeitsklima.at. There you’ll not only find the comprehensive work climate database for evaluation, but it’s also possible to calculate your personal satisfaction index with your workplace online within just a few minutes.

The subjective feeling of people about how they get by with their income coincides with the income data of "Statistics Austria". 46,000 employees are "working poor", and this in Upper Austria alone. This means that the respective household income including any social benefits amounts to 12,800 euros per year at the most (one-person household). Living in poverty in spite of working is embarrassing. People need jobs they can live on - therefore the Chamber of Labour demands a minimum gross wage of 1500 euros for full-time work, as well as investments into education, qualification, and childcare places.

"Working poor" are people of working age (18 to 64 years) whose household income including any social benefits is below the "poverty risk threshold" although they are gainfully employed. Currently, in Austria this threshold is a monthly net income of 1,066 euros for a one-person household, twelve times a year. According to a current survey carried out by "Statistics Austria" in all Austrian provinces, 46,000 Upper Austrian employees live in poverty even though they have a job.

Notwithstanding the high number of people concerned, the "working poor" are hardly a subject of discussion in the public. And the multifarious causes for this even less.

The trade unions and the Chamber of Labour have often pointed out the fact that fewer and fewer people are able to live on the total of their income. The Work Climate Index has corroborated this.

The number of employees who just about make ends meet or who don't get by at all is increasing dramatically. Being 50 percent five years ago, the share has meanwhile increased to 62 percent. An alarm signal: the gap in incomes - and the split in society - is becoming wider.

Cleaning workers have by far the hardest time making ends meet: almost 22 percent don't get by at all, another 55 percent just about pull through.

The professions where one out of ten is unable to make ends meet tend to be female: the hotel and restaurant industry, barbering and beauty care, childcare, the retail industry, as well as the food service industry and tourism. Employees with low income are very often dependent on financial aid: one third need support from their partners, 14 percent from their parents, and 13 percent from public authorities. 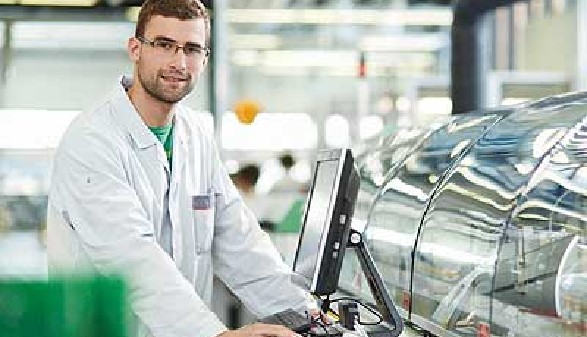 Employees do a lot of overtime. Satisfaction with working hours declines.